On Wednesday, 24th of January 2018, the European Parliament hosted the Interparliamentary Committee Meeting on “The European Agenda on Migration – What about Legal Avenues and Integration?”

UNITEE took part in the event, represented by Mr. Osman Kimil, UNITEE’s Vice President and Head of Unipack, who was one of the panelists during the meeting’s fourth session.

The European Agenda on Migration is a comprehensive response to the priorities identified in the Political Guidelines of European Commission President Jean-Claude Juncker. The Agenda includes proposals for fighting irregular migration, reinforcing common border management, strengthening the common asylum policy, and launching a new policy on legal migration.

The European Parliament took a very comprehensive stance to “the crisis” in its resolution of 12 April 2016. In it, the EP called upon the EU the duty to create legal avenues to migration, and to facilitate integration in order to manage human mobility in a sustainable way.

The overall discussion concerned background, perspectives and challenges of the EU’s response to the current migration challenge. The meeting was an opportunity to discuss in depth  the need to create legal avenues to migration, and to facilitate integration in order to manage human mobility in a sustainable way. During this one-day event, Parliamentarians at both national and European level exchanges their views on this topic with a number of representatives of EU institutions, bodies and agencies, intergovernmental organizations, local governments, academics and think-tanks.

The event was structured in 4 sessions and a closing panel. The first session, titled: The European Agenda for Migration – Legal avenues and integration two years on”, was chaired by MEP Claude MORAES, LIBE Committee Chair and Rapporteur on the Blue Card Directive, and started with a Keynote speech by Mr. Felipe GONZÁLEZ MORALES, United Nations Special Rapporteur on the Human Rights of Migrants.

As a representative of the Bulgarian Council Presidency, Mr. Tsvetan TSVETANOV outlined why the European Union should enhance legal avenues to deal with migration. After expressing his views on the European Agenda on Migration and the European Blue Card dossier, Mr. Tsvetan TSVETANOV recalled that migration will be one of the main topic in the next Parliamentary elections in 2019 and that a common EU response to deal with it was necessary. During his speech, Mr. Felipe GONZÁLEZ MORALES explained that the so-called migration crisis was in fact a crisis of political will and therefore it is important to change how migration is perceived. According to Mr. Felipe GONZÁLEZ MORALES, migration policies should both facilitate the mobility of people – by increasing the legal channels for migration and establishing appropriate visa facilitation regimes – and ensure the protection of external borders. On the management of migration, Commissioner Dimitris AVRAMOPOULOS, EU Commissioner for Migration, Home Affairs and Citizenship, pointed out that the EU should move from a crisis management mode to a long-term, structural approach. In this light, Commissioner AVRAMOPOULOS underlined a number of recent EU initiatives such as the two successful EU resettlement schemes; the proposed EU Resettlement Framework; and the reform of the European Blue Card. On integration, Commissioner AVRAMOPOULOS highlighted the need for a “whole-of-society” approach.  Finally Ms. Fatma ŞAHIN, Mayor of the Turkish city of Gaziantep, nominated in 2016 for Nobel Peace Prize, took the floor to explain which policies are adopted in Gaziantep to mitigate the large flows of migrants and to ensure good humanitarian solutions. With that in mind, Ms. Fatma ŞAHIN focused on certain initiatives – mainly in the field of education – that are implemented in order to protect and integrate migrants in Gaziantep.

The second session, chaired by MEP Sophie IN’T VELD, Rapporteur on the Reception Conditions Directive, was opened with a speech from Peter O’SULLIVAN, Resettlement Officer in United Nations High Commissioner for Refugees (UNHCR) Bureau for Europe, on Resettlement.

As defined by UNHCR, resettlement is “the transfer of refugees from an asylum country to another State that has agreed to admit them and ultimately grant them permanent settlement”. During his intervention, Mr. Peter O’SULLIVAN explained that efficient integration policies are necessary and beneficial both for the resettled refugee and the receiving country. Then, Ms. Violeta MORENO-LAX, Lecturer in Law, Queen Mary University of London,   discussed the role of visas for legal avenues. During her speech, she underlined the evolution of EU policies and initiatives when it comes to visas and legal pathways to manage migratory flows. Ms. Marietta KARAMANLI, Member of the French National Assembly, then underlined the need to deal with migration both at EU and international level. Moreover, Ms. Marietta KARAMANLI declared that the EU should both be able to deal with migration crisis as well as to develop medium and long term migratory policies. Then, the French Parliamentarian stated that the EU should establish a common framework to deal with economic migration based on strong partnerships with third countries in Asia, Africa and the Middle East. Finally, Mr. Nikolaos PARASKEVOPOULOS, Member of the Hellenic Parliament,  stated that it would be wrong to think that strengthening the EU’s external borders would reduce the migratory flows and recalled that some Member States did not fulfil their engagements on relocation. On the renovation of the Dublin Regulation, Mr. Nikolaos PARASKEVOPOULOS explained that it as a unique opportunity to put in place a permanent relocation system. Generally speaking, the Greek MEP explained that it is crucial to find a compromise between national needs and that the EU solidarity would have to prevail at the end.

The third session started in the afternoon and it was chaired by MEP Roberta METSOLA, Co-Rapporteur on “The situation in the Mediterranean and the need for a holistic EU approach to migration”, Chair of the EP Asylum Contact Group.

The discussion followed with a presentation of Ms. Claire COURTEILLE, Director of ILO Brussels, on legal avenues for labour migration to the EU – gaps and prospects. During her speech, Ms. Claire COURTEILLE declared that heads of state and government should enhance routes for legal and regular migration. Moreover, Ms. COURTELLE affirmed that it is important to assess current and future labour market needs and shortages. On ILO, Ms. Claire COURTEILLE recalled that a number of non binding instruments were recently adopted to ensure efficient and inclusive labour market policies based on the principles of equal treatment and opportunity between migrants and national workers. The next panelist was Mr. Thomas HUDDELSTON, Programme Director of Migration Policy Group, who discussed the obstacles to the exercise of the right to family reunification (implementation of Directive 2003/86/EC). He also explained that the right to family reunification is an entry channel enabling those who already reside legally in a Member State to be joined by their family members. Although this right to family reunification had been long facilitated in Europe for the last decade, Mr. Thomas HUDDELSTON regretted that a number of Member States – such as Sweden, Finland, and Austria – had introduced in 2016 temporary restrictive measures delaying the integration process. Subsequently, Mr. Jacek KURZEPA, Member of the Polish Sejm for the Law and Justice Party, underlined that Poland has the fasted growing migrant population in the EU and recalled that the country is using simplified procedures to grant work permits. The role of national authorities in the management of migration was also stressed during the Polish Parliamentarian’s intervention. Finally, Ms. Laura FERRARA, Shadow Rapporteur on the Blue Card Directive, identified a number of areas the EU should focus on, such as helping the countries of origins; addressing the root causes of migration; the issue of human trafficking; competitiveness; and the right to family reunification.

The main topic of the fourth session focused on the opportunities and challenges migrants are facing in the integration process. The Chair of this session was MEP Jean LAMBERT, EMPL Rapporteur on the Blue Card Directive, Shadow Rapporteur on “Refugees: social inclusion and integration into the labour market”.

The topic was introduced by Mr. Thomas LIEBIG, Senior Migration Specialist, OECD, who presented good practices for the integration of migrants and refugees. According to his research, Thomas Liebig explained that it is important to have tailor-made integration solutions and to focus on early integration – especially for children. Moreover, Thomas Liebig stated that civil society should be more engaged  and that heads of state and government should perceive integration as an investment. Subsequently, Mr. Miltos PAVLOU, Senior Programme Manager – Social Research of the EU Fundamental Rights Agency, explained his recent research findings on concrete integration measures. According to him, integration policies should aim at creating a “fruitful environment” for migrants especially by focusing on certain areas such as employment, housing, education, and the involvement of migrants in the social life.

Mr. Osman KIMIL, Vice President of UNITEE and Head of Unipack, then presented his own experience as an European entrepreneur and employer with a migrant background. He started by pointing out that, based on his experience, the first challenges of an immigrant are the language barrier and the cultural differences. He then explained that migrants have proved to contribute to the European market in terms of diversity, skills’ potential and opening up to new markets. He mentioned UNITEE as an example of EU umbrella organization whose mission is to value the contribution of New Europeans. He also underlined that encouraging entrepreneurship is the best way to ensure migrants’ integration, to overcome fears and prejudice. Mr. Kimil then concluded by sharing his experience as employer of some refugees from Afghanistan, and by underlying how important it is to scale up such examples of integration.

MEP Susana AMADOR, Vice-President of the European Conservatives and Reformists Group, then gave an overview of the integration policies and the management of migration in Portugal in recent years. MEP Susana AMADOR insisted on the human rights perspective and judged that there should be bi-monthly indicators in certain areas (education, language trainings, health). Finally, Mr. Dimitrios KALOGEROPOULOS, Rapporteur for the Committee of the Regions for the Mid-term review of the implementation of the European Agenda on Migration, discussed the role of regional and local authorities for integration. Moreover, Mr. Dimitrios KALOGEROPOULOS regretted that certain Member States were taking a very populist line, not respecting Schengen and playing the fear card.

The closing speech was held by Mr. Eugenio AMBROSI, IOM Regional Director for the EU,  who presented the future of migration governance in the light of the IOM initiative Global Compact for Migration. 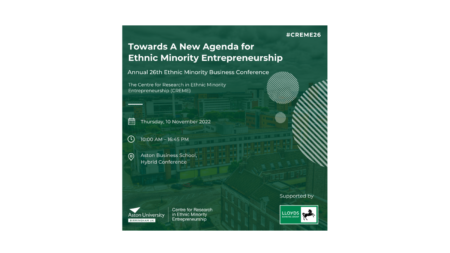 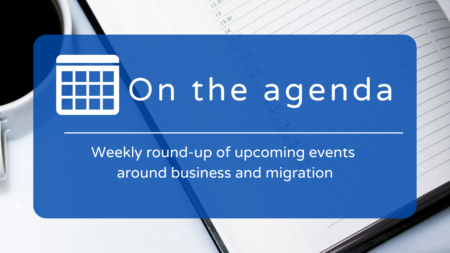 On the Agenda 31 October – 6 November 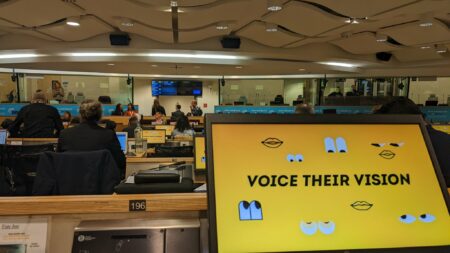